Due to the pandemic, we were not able to have an official V-8 Burney Tour this year, however a few members decided to go to Burney anyway, so a small group met in Napa on Thursday morning and traveled together up to Burney.  We stopped in Red Bluff for a fabulous lunch at the Rockin R Restaurant. Everyone arrived safe and we settled into our hotel Thursday afternoon where we meet a few other couples that came over from Oregon and Nevada.

Friday, we all got together and drove up to Alturas and visited the Modoc County Museum which was very interesting and informative, and we learned a lot of history in the area. After the museum we went to the historic Niles Hotel for lunch, then a leisurely trip back to Burney where we mingled, kicked tires and caught up since we have not been together for quite some time.

Saturday there was a small car show at the Pit River Casino of about 100 cars, most of us entered the show had a day filled with automotive goodness. Club members Jerry & Lynn Mattos and Gene & Loretta Kirkeby both won awards for their cars. Saturday night most everyone went up to Fall River Mills and had dinner at the hotel where we usually have our banquet on the Burney Tour.

It was very nice to finally get out in the old cars and see old friends again after being isolated during this pandemic for so long.  Hopefully, as things start to open up we can get back to the new normal, whatever that will be is hard to tell.

Sunday, we broke into smaller groups and headed home after a wonderful Memorial Day weekend trip to Burney CA.

The annual Burney Falls  Tour #18 took place on May 27-30, 2021. Thirteen cars joined the tour this year. On the 27th ten cars left from Napa. Those leaving from Napa were  the Johnston’s, Cahill’s, McIntosh’s, Lawson’s, Kirkeby’s, Mcclain’s, Mattos’, Yvonne Westberg, Donna Frederick and Chuck Paul, and Ken Werris and Laurene. The Clem’s and the Harris’ from Sparks , Nevada and the Godfrey’s from Garibaldi, Oregon Joined us later in Burney.

The Napa group stopped for lunch in Red Bluff at the Rockin R Restaurant for a great lunch before arriving in Burney. Once settled in our motel rooms it was time for an adult beverage or two and then to dinner. All the restaurants were open and no masks required.

On Friday morning at 9:15 we headed out for the tour. This year we had a nice drive to the town of Alturas. We toured the Alturas museum which was rich in the history of the area. It was amazing all the items that were in the museum and we could have actually spent more time there.  From there we drove through the parking lots of two nursing homes so the residents could look out their windows and see our cars. Our next stop was for lunch at the Niles Hotel on Main St.  Alturas. The hotel was built in the late 1800’s and was restored about 12 years ago.  Lots of history connected to this hotel and much to look at inside. We were treated to great food and great service. After lunch we headed back to Burney. Alturas is approximately 90 miles from Burney.

On Saturday we did the Burney car show at the Pit River Casino. This was a big show with over 100 cars in the show. The Mattos’ and the Kirkeby’s won trophies. We did not win the club participation award this year as we were narrowly beat by the Shasta Cruisers. Earlier on Friday I had contacted the Fall River Hotel to see if they could do dinner on Saturday night for us and they said no problem. So Saturday night many of us went for dinner at  our usual spot in Fall River.. Good food as usual.

Sunday morning after breakfast we all headed home. The weather this year for the tour was absolutely perfect. 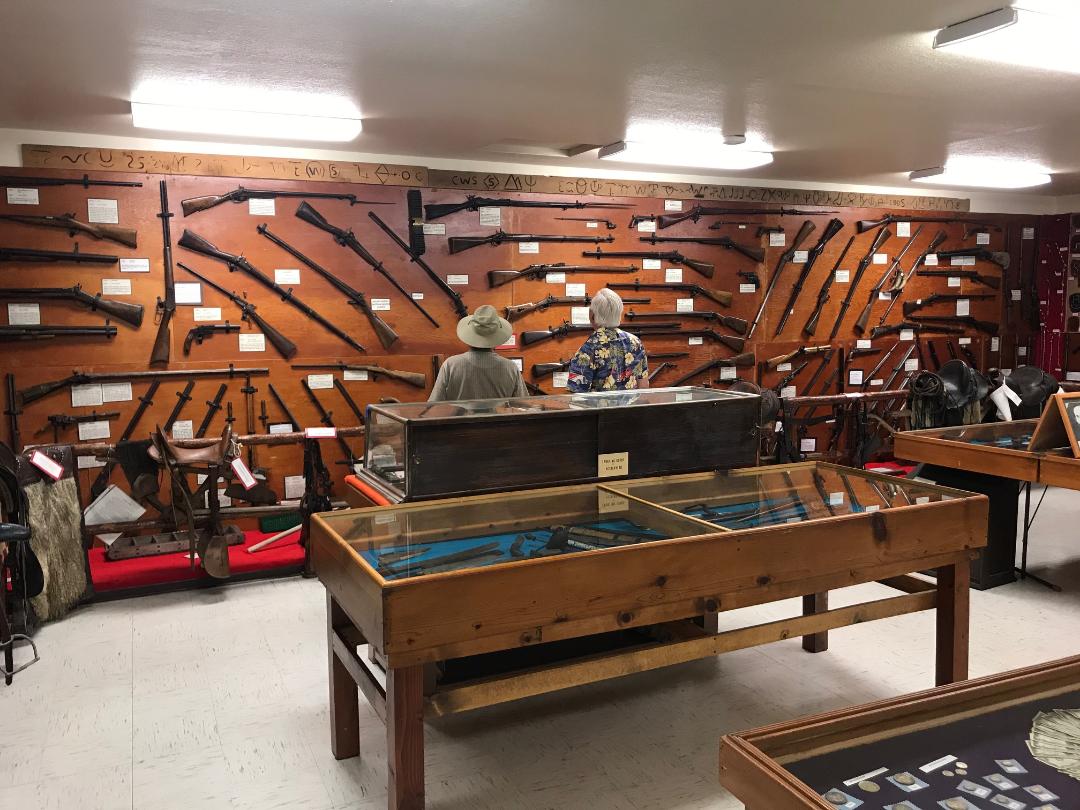